For the Gonzo aficionado, A Christmas Favorite – The Hell’s Angels Letters, Order HERE

If you would like it personally signed, contact me.  It’s easy and will be a marvelous  Christmas touch. Below are some reactions to The Hell’s Angels Letters followed by photos related to the book and me. Cover: Grant Goodwine. For collectors, looking far into the future, there is a limited edition of 120 (at $120). For the high-end coffee table edition ($60, 297 pages, many in color), you can’t go wrong, as underscored enthusiastically below and by every single reader who reported back: 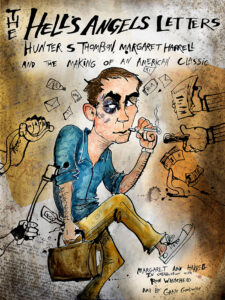 The eminent reviewer for the Washington Post Michael Dirda has just given a Big Head’s Up to The Hell’s Angels Letters: Hunter S. Thompson, Margaret Harrell and the Making of an American Classic in his October 8, 2020, write-up about it inside a piece called “Can’t get enough Game of Thrones or Star Wars? New editions on cult favorites are here to satisfy:

Among late 20th-century American writers, none can rival Norman Mailer and Hunter S. Thompson in sheer force of personality, both on the page and in person. Mailer, whether in his fiction, polemical essays or reportage, always aimed to be consequential, to be fiercely engaged with his times. Would that he were living now! For a hint of what we’ve lost, check out the latest book-length issue, Volume 13, of “The Mailer Review” at the home page of The Norman Mailer Society. Thompson’s motto might well have been “Nothing in moderation.” For “The ‘Hell’s Angels’ Letters,” Margaret Ann Harrell — in collaboration with Ron Whitehead — has assembled a dossier of all her correspondence with Thompson during the time she worked as the editor of the gonzo writer’s “strange and terrible saga of the outlaw motorcycle gangs.” Typed manuscript pages, scribbled notes, photographs, interviews and all sorts of period ephemera relating to “Hell’s Angels” allow the reader a valuable, behind-the-scenes glimpse into the making of this classic of New Journalism.

Finding the truth amidst the Gonzo madness of Hunter Thompson’s life story is not easy. He was an incorrigible self-mythologiser and the books about him tend to incorporate many of his own fantastic – and totally untrue – stories as though they were fact. Harrell attempted to dispel at least one of these myths in Keep This Quiet and digs deeper in The Hell’s Angels Letters, determined to set the record straight about how and where Thompson got the idea for a book on the Death of the American Dream and how his pet snake can to a violent end.

As the title implies, this book is mainly comprised of letters between Harrell and Thompson, some typed and some handwritten, and all printed here in colour. Of course, there are already two collections of Hunter Thompson’s letters available, but somehow they are even more enjoyable when read in the original form. Whether typed or scrawled in giant letters with a red pen, Thompson’s correspondence is invariably annotated and corrected in his unique way, adding a layer of personality that was missing from the collections, as well – of course – as Harrell’s explanations that provide further insight.

In case you missed it, there’s a Gonzo Today review of The Hell’s Angels Letters Letters by Kyle K. Mann, Editor-in-Chief. It opens like this:

This is a big book, literally and figuratively. The short version:

The Hell’s Angels Letters is a must-have text for any Hunter S. Thompson fan. Lavishly documented and illustrated with the actual correspondence that led to the publication of his breakthrough literary effort, ‘Hell’s Angels,’ this coffee-table book literally shows how HST boot-strapped his way from a impoverished nobody journalist to growing legend. The author, Margaret Harrell, who was Thompson’s editor on his inaugural book, and her collaborator, Thompson’s friend and associate poet Ron Whitehead, have succeeded brilliantly to create a fabulous present for you, or anyone in your life who admires Thompson’s numerous achievements. It is not inexpensive, but no matter, it’s worth every penny. The Hell’s Angels Letters: Hunter S Thompson, Margaret Harrell and the Making of an American Classic gets five stars out of five! Bravo!

I was delighted to get the package at the Topanga Post Office from Ron. I got it home and opened it eagerly. As I flipped through the pages, I was astounded to see typewritten and even handwritten letters from HST. Beyond amazing! But, how the freaking hell am I going to review it?

It sat on my desk for weeks, demanding attention. I found myself resentful as the days went by… what am I doing with this monstrosity? I’d open it and recoil due to the intensity of HST’s personality, roaring off the page. I tried getting stoned and looking anew, but nope, way too heavy to digest and analyze in that state. Yet, Ron had sent it to me to review, and I knew our Gonzo Today readers wanted, even needed, to get my take.

The Hell’s Angels Letters is a unique combination: at the center is Hunter Thompson’s letters to his contact person at Random House as his bestseller Hell’s Angels comes into being. (That contact continues thereafter.) Beside this is the admiring and excited perspective of that beautiful young woman at Random House, who then changes course to set off on some adventures of her own. (She turns out to be very interesting and deep in her own way, becoming more complex as she matures.) Interwoven is a history of the times, from literary and political perspectives, with a cast of characters from then. Plus interviews and short articles by authorities exploring Hunter Thompson’s  legacy. Photographs. And witty cartoons.

I found this highly accessible book intriguing in a down-to-Earth very human way, requiring not metaphors, but rather—it seems to me—a deeply self-revealing honesty. I have liked it tremendously. 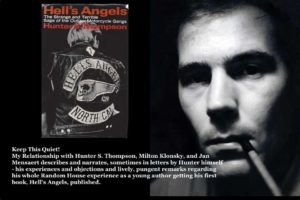 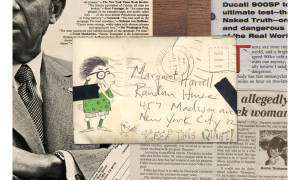 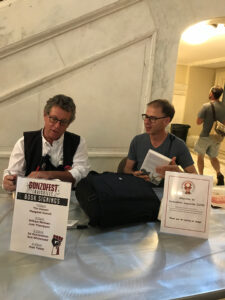 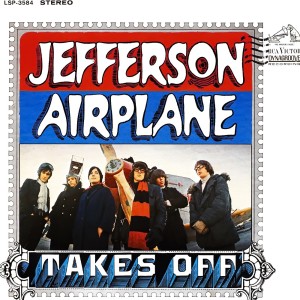