Beyond Particle Pinata Poems new books by Margaret Harrell (so far) in 2022 – a “galloping” year – are listed below:

Following the critical success of Particle Pinata Poems, Harrell’s new release doesn’t disappoint. It more than delivers. “Margaret Ann Harrell stands in direct lineage with the poet prophets of old while simultaneously being a modern cutting edge experimental poet. She steps off the edge and into the unknown. In her own distinctly original poetic voice, she performs a whirling dance with the numinous creative forces of the universe, with Rumi and Blake and Rilke and Yeats. PATCHING ME TOGETHER is the work of a master. I can’t recommend it highly enough.”—Ron Whitehead, U.S. National Beat Poet Laureate 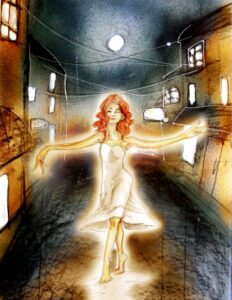 Let’s dive down into our relationship to the universe’s creative impulse, creative energy—the energy that can move mountains, can explode cities— through our common affinity for and content of . . . ELECTRICITY. Electricity “Transport Trains” presents “some personally experienced secrets of how we get roped into the universe’s scenes and stories.” Margaret A. Harrell spent the decade of the 1990s at her computer, but it was no ordinary experience. The computer worked with her, in what is called “computer PK.” In this parapsychological phenomenon, the computer repeatedly restructured portions of a whole page of text that was on-screen, reducing it to mouthfuls. No page printed the same way twice. This was a collaborative experience between artist and, if you will, spirit illustrator (humorously put). With piles of examples of this type of refocusing, not only did she have her consciousness altered and expanded, but she used the illustrations in her Space Encounters series, some of which are reproduced in Electricity “Transport Trains.” The Space Encounters series was published in Romania while she lived in Belgium. Resurfacing out of this ten years of seclusion and artistic hermitage in 2001, she relocated in the United State with a shipping container that held many examples of this nonstop ten years of creativity, all supported, or instigated, by “the spirit world.” Blinking in the light of returned-to everyday reality, she published more books, but shifted focus. Now she is aiming for short, easily accessible, entertaining books that have a very deep undertone. In addition, she brings insights into how human electricity interacts with the electricity-filled universe that she learned but did not understand in an initiation in 1985. Decades later, it’s all so clear. And she shares it in this book. 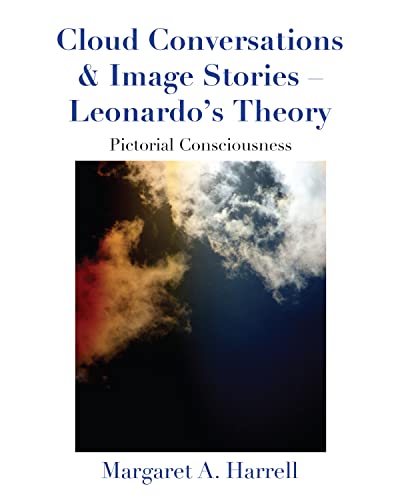 Chuck full of meditative Sun creations. In fact, there is a section title: The Sun as Painter.

How does Leonardo’s theory of chance images, “accidental” inspiration, relate to clouds? In Cloud Conversations & Image Stories, Margaret A. Harrell weaves her own cloud photography into the art history of chance images, bringing in related drawings, scrying, and our relationship to Mother Nature. Regarding Robert Desnos’ trance drawings, Andre Bréton called the “tangled web of lines” a result of chance, but the figures that “appear suddenly from this chaos,” he said, were “born somewhat like those one sees in clouds or in the cracks in walls.” Soak up the beauty as these clouds reveal images, many of which look like paintings. In nooks, in corners, of the photo, an unexpected face or whole scene appears. Harrell began photography, walking in the steps of dreams that showed her looking up, seeing scenes unfold, shifting panoramas everyone else failed to notice. One day the dream stepped into reality. In this book, Harrell gives Leonardo da Vinci a prominent role, as he found clouds and other nondescript stimulants to the imagination useful. He had a theory about stains, blots, clouds, as have other artists, such as Victor Hugo. Harrell brings them in, joining with her to take on a relatively untackled topic in art history and creativity: where creation comes from. She asks repeatedly whose images is she photographing? Why do they appear to her in clouds but not on a blank canvas? Printed in full Premium color, each image composed only of sunlight dazzles down on the page.