The Space Encounters series (three books, published by Saeculum University Press in the early 200s, printed in Romania) displays the experimental “computer PK” process I discovered in the 1990s in Belgium. I reveled in the experiment and my books showcased the printouts made spontaneously, which differed from the screen. The images were scanned and scotch taped onto film paper for the Space Encounters series, as they broke the “mirror” of a normal book and had to be hand placed. All three volumes are still for sale on Amazon. Here is the third volume: Adding Consciousness into Collisions, on Amazon here.

I received Harrell’s Space Encounters – Volume I today and spent some time with it, fascinated with what she was expressing. Her EHE autobiography in minuscule and with lots of openness… I was enchanted with the little insert re: palimpsest . . . Margaret Harrell has the most open-ended and far-reaching mind of anyone I know.

I read Margaret Harrell’s book and it’s fascinating. It’s the kind of book you can go through again and again.

Stanley Krippner, Ph. D. – Co-author, Extraordinary Dreams and How to Work with Them, and a noted pioneer in consciousness research

For the tour de force it implied – pioneering, as far as I am concerned, some sort of very bold typographic decisions – this seems to be a great leap forward from Margaret Harrell’s previous books. Last night, or just the night before, I reread this volume entirely. Meaning I again substituted for the ‘ideal reader,’ god bless him, and tried to figure out more than I ever have before. And it worked. It thoroughly and convincingly ‘clicked.’ The stuff – debatable or not, for any nonsuperficial, committed reader – is in there!

About Space Encounters – Volume II: Chunking Down the 21st Century: 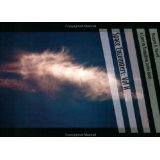 In Volume seven of the Love in Transition series, Harrell travels beyond her previous odysseys. Perspective keeps ever shifting in juxtaposition from the scientific to the intuitive and back again. Highly recommended to those interested in glimpsing at a fascinating tomorrow, when boundaries between the conscious and unconscious have dissolved into multidimensional perceptions coming out of the whole.

The third and final volume (so far, as there are drafts of several sequels)

A sense of her spirit soaring through the nuances of finiteness,…a sense of timeless joy –Allen J. Miner, review inside the book 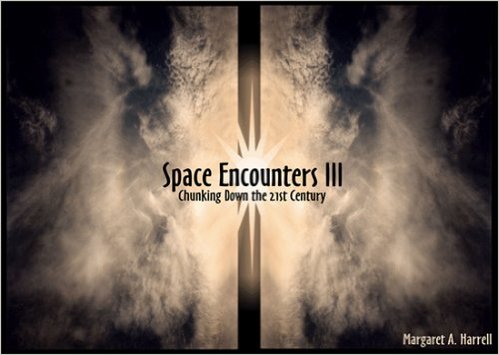 I have some copies of these three book, with handmade special effect, brought from Romania to Belgium to NC that you can order while the small supply lasts. Price: hand signed: $25.00